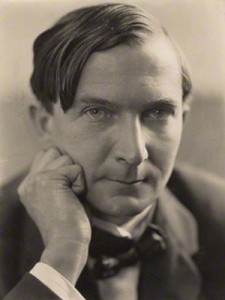 Acknowledged in literary circles as ‘one of the best short story writers of all time’ Tradition is a fine thing. Nothing comes out of the blue, except perhaps thunderbolts and they are not really very useful things. – Preface to The Golden Windmill

Stacy Aumonier was born near Regent’s Park into a family of craftsmen and artists in 1877; his father, William, was an architectural sculptor and his uncle, James, a noted painter. He threw himself into school life, excelling at cricket, drama and art and joining the literary and debating society. After leaving Cranleigh he studied decorative design and exhibited paintings at both the Royal Academy and the Royal Institute.

In 1907 he married the internationally renowned concert pianist, Gertrude Peppercorn (daughter of the landscape painter Arthur Douglas Peppercorn), and their only child, Timothy, was born in 1921. A year after his marriage he took to the stage with a brief career on the boards that won wild acclaim from critics who dubbed him a ‘real and rare genius’ as an actor, though no record of his performances exists.

Biographers have dubbed Aumonier as ‘profoundly in love with life’ and in his writing he certainly seemed to delight in the human condition, finding perfect humour in the awkward situations that are often created by his characters. Between 1913 and 1928, he wrote more than 85 short stories, six novels, a volume of character studies, and a volume of 15 essays.

Although his works have never reached the popularity of similar authors such as O’Henry or H.H. Munro (Saki), he was much praised by other authors. John Galsworthy, author of The Forstye Saga, described him as: “A real master of the short story, never heavy, never boring, never really trivial… at the back of his tales there is belief in life and a philosophy of life.” Alfred Hitchcock was also an admirer, and had some of his short stories adapted for television in the 1950s, including the classic Miss Bracegirdle Does Her Duty, in which a shy, untraveled woman finds herself underneath a dead stranger’s bed in a French hotel room.

In later life he suffered from tuberculosis and continued his humorous observations of life to the end; when his illness was diagnosed as terminal, he wrote “The Thrill of Being Ill”, in which he claimed to have “become dramatically a center of interest.”