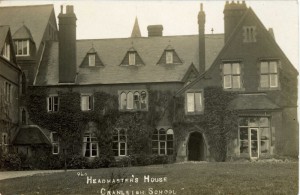 Although building work continued apace, it was evident it would not be completed by the official opening date of September 18, and at a meeting of the governors at Shalford Station on September 12 it was agreed to put the first day back to September 29. They also decided to refund £2 of the £30 fees “as a consequence of this postponement”. At the same meeting they completed the arrangements for the official opening on October 12.