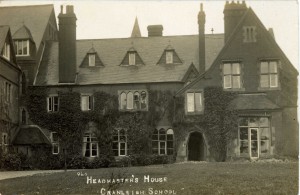 From modest beginnings the School had grown rapidly, and by the start of February there were more than a hundred boys overseen by four masters, including the Head. All four dormitories on the South side of the Quad had been opened and preparations began to allow the two on the East side to be brought into use in anticipation of further growth.