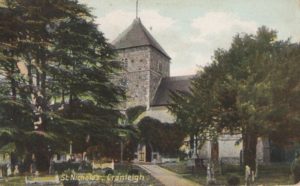 With Easter being very late, the Lent Term did not officially end until Saturday, April 20. However, there was no official Easter holiday although boys were allowed to go home until Thursday, April 25 and the School magazine noted that “a great number availed themselves of the permission” with only those living further afield remaining