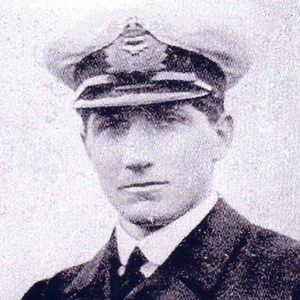 Edwin Moon was an aviation pioneer before World War One, flying and building his own aircraft, before enlisting in the Royal Navy Air Reserve in 1914.

While serving in Africa, his plane was forced to land and after several grueling days in the jungle and then on a raft, during which his co-pilot died, he was taken prisoner by the Germans.

While a prisoner he was awarded the DSO for “constant flights over the enemy’s coast, including reconnaissances, bomb-dropping and spotting for gun fire in all weathers” and he later received a bar for his efforts to save his co-pilot. After the war he remained in the RAF, commanding a flying boat station at Felixstowe. In April 1920 he was killed when a flying boat he was piloting crashed into the sea.