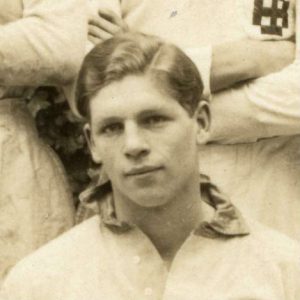 South African-born Ivan Jacklin was a surgeon living in Africa when World War Two broke out and in 1943 he found himself on Empress of Canada when it was torpedoed off the Gold Coast by an Italian submarine. After dealing with some of the seriously wounded, he helped get Wrens off the ship which went down in 12 minutes.

Once in the barracuda and shark-infested waters, Jacklin swam from raft to raft, with his doctor’s bag round his neck, tending to the wounded. This he did for several hours before he was spotted swimming towards an upturned lifeboat. He disappeared from sight and was not seen again. Of the 1800 passengers, mainly refugees and Italian prisoners of war, 392 died, almost all as a result of shark attacks.

He is commemorated in North where a study is named after him.