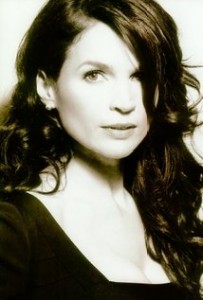 Hollywood came calling in 1993 when she was cast alongside Brad Pitt and Aiden Quinn in Legends of the Fall. She also played the female lead in major Hollywood films alongside actors such as Sean Connery and Richard Gere (First Knight) and Harrison Ford (Sabrina).

Julia Ormond came to Cranleigh in the sixth form, attracted by its good reputation for art, but by her own admission she found life as one of a relatively small number of girls hard. “Boarding school is a very odd environment,” she said. “I don’t see how anyone going there cannot but behave… oddly.’ A contemporary, Katie Robinson, said: “She wasn’t a popular girl, although all the boys fancied her.” But she shone on stage and her performances in Guys and Dolls and My Fair Lady drew rave reviews, Stephen Winkley describing her as “an actress of natural quality who did not seem to need to think about what she was doing”.

After a spell at Farnham Art College, she decided to take acting seriously and went to the Webber-Douglas Academy of Dramatic Art. Her first paid role was in a cottage cheese commercial and she started working regularly on British TV and in the theatre.  In 1989 she won the London Critics’ Award for the best newcomer in Faith, Hope and Charity.

Then, out of the blue, Hollywood came calling in 1993 when she was cast alongside Brad Pitt and Aiden Quinn in Legends of the Fall. “To put it simply they wanted an unknown girl who was cheap,” she said. ”They’d seen some of my work. I was asked to send an audition tape and the next thing I know I’m on a plane to Hollywood. From then on it was a whirlwind. I did back-to-back big films.”

In the next few years she played the female lead in major Hollywood films alongside actors such as Sean Connery and Richard Gere (First Knight) and Harrison Ford (Sabrina). But she never really settled in Hollywood. “I woke up one day and I’d had the big pay cheque and the fame but I was unhappy,’ she said. “I never walked away from Hollywood as such. But I wanted to find roles where those creative juices would come back. I wanted to do quality work.”

By her own admission, she never played the Hollywood game or enjoyed it – she once said he “would rather have root canal treatment than go to the Oscars” –  but that has not stopped her working consistently.  The Daily Mail noted in 2013: “Ormond has emerged as one of the few actresses of her generation in constant demand”.

From the late 1990s she concentrated on indie and TV movies, as well as returning to the theatre where she received an Olivier Award nomination in 2001.  She has also appeared in a number of US TV shows such as CSI:NY, Mad Men and Law & Order.

In 2005 she was appointed a UN Goodwill Ambassador as a result of her work in campaigning against human-trafficking.