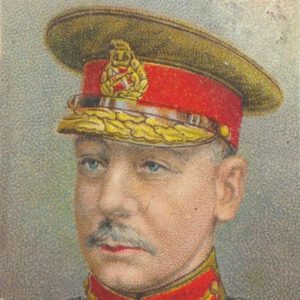 Charles Townsend went to Sandhurst from Cranleigh and was commissioned into the Royal Marine Light Infantry in 1881. He served in a number of campaigns, winning the DSO for his part in the Battle of Omdurman (1898).

A series of promotions culminated in his being appointed major general in 1911, and at the start of World War One he took command of the 6th Indian Division. In 1915, he engaged the Ottomans in the Battle of Ctesiphon and was then besieged at Kut which ended in a humiliating surrender in April 1916.

After time as a POW he returned home and was elected an MP in 1920 but soon after reports started emerging of how badly his troops had suffered in captivity (more than half died) and his reputation was ruined. He lost his seat in 1922 and died in relative disgrace in 1924.