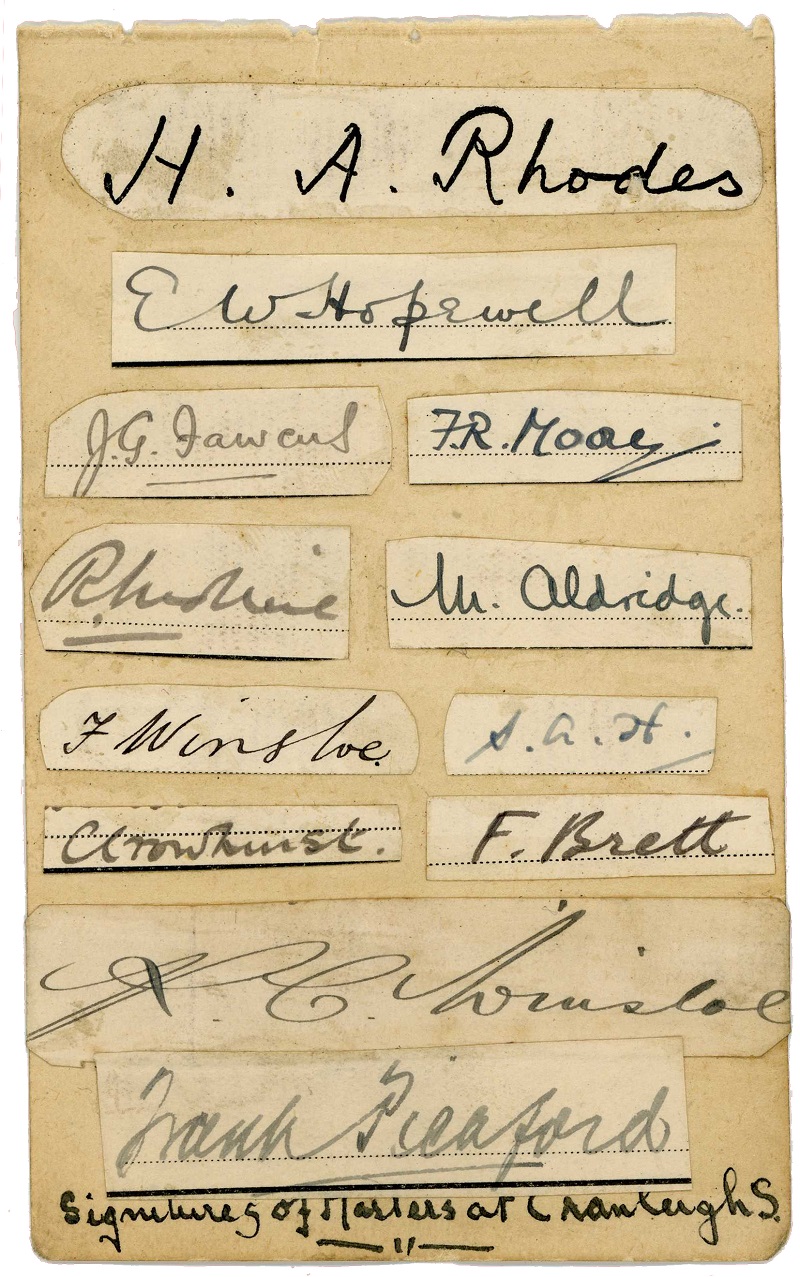 For many years collating autograph books was a popular pastime of schoolboys and Cranleighans were no exception. This page was compiled from the Common Room in 1913.  Herbert Rhodes, the recently appointed Headmaster, heads the page. Below him can be found Monty Aldridge, who retired 42 years later.  The initials SAH under that belong to Spencer Hadland who was killed on the Western Front in 1918.  To the left of Aldridge is Robert Moline,  the son of an OC who taught briefly, fought in the war where he was twice wounded, taken prisoner, and awarded the MC,  going on to become the Archbishop of Perth in 1947.  Under him is Frank Winsloe, an Old Cranleighan who filled a number of roles in his 46 years at the School including housemaster of both East and 1&4 South as well as succeeding his brother as bursar.