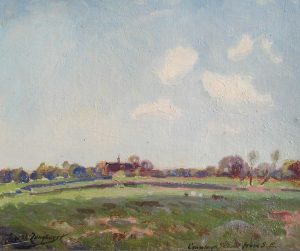 The highlight of the month was the Athletics Sports which were hold on the Common on October 8, although the steeplechase was held on Smithwood Common the following week.

So young was the School – the average age was still around 12 with the oldest pupil only 16 – that the three age brackets were Over 14, Under 14 and Under 12. Complete records survive. Evanson won the 100 yards in 13 seconds, Hadji Stevens, the captain of cricket, won the throwing the cricket ball (79 yards 2 feet), while Cordfield won the high jump by clearing 4’5”.

In October a new master, F Andrews, arrived to teach modern languages, the Register noting with some enthusiasm that “besides a Cambridge degree [he] possesses the advantage of a thorough knowledge of French and German acquired by a long residence abroad”.

At a council meeting at the Village rectory, Dr Merriman, the headmaster, advised that a boy named Caswale (sic) was willing to remain at the School to be trained as a master. The council approved this. Henry Casswell, who was only 16 at the time, remained as a master until 1894 and was instrumental in the founding of the Old Cranleighan Society.