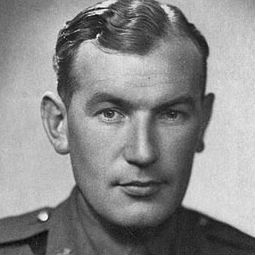 Philip Newman qualified as a doctor in 1934 and joined up in 1939, and was in France at the time of Dunkirk in 1940. As the British forces withdrew, his medical centre was repeatedly bombarded, and he continued to operate day and night. He drew the short straw when it was decided who would stay with the patients, and so became a POW.

He escaped from his camp but was soon recaptured, but in 1942 he escaped again while being moved and made his way back to Britain. For this and for intelligence he gather while travelling through occupied France, he was awarded the MC. His exploits were told in his book Over The Wire. He went on to become senior consultant orthopedic surgeon at the Middlesex Hospital.