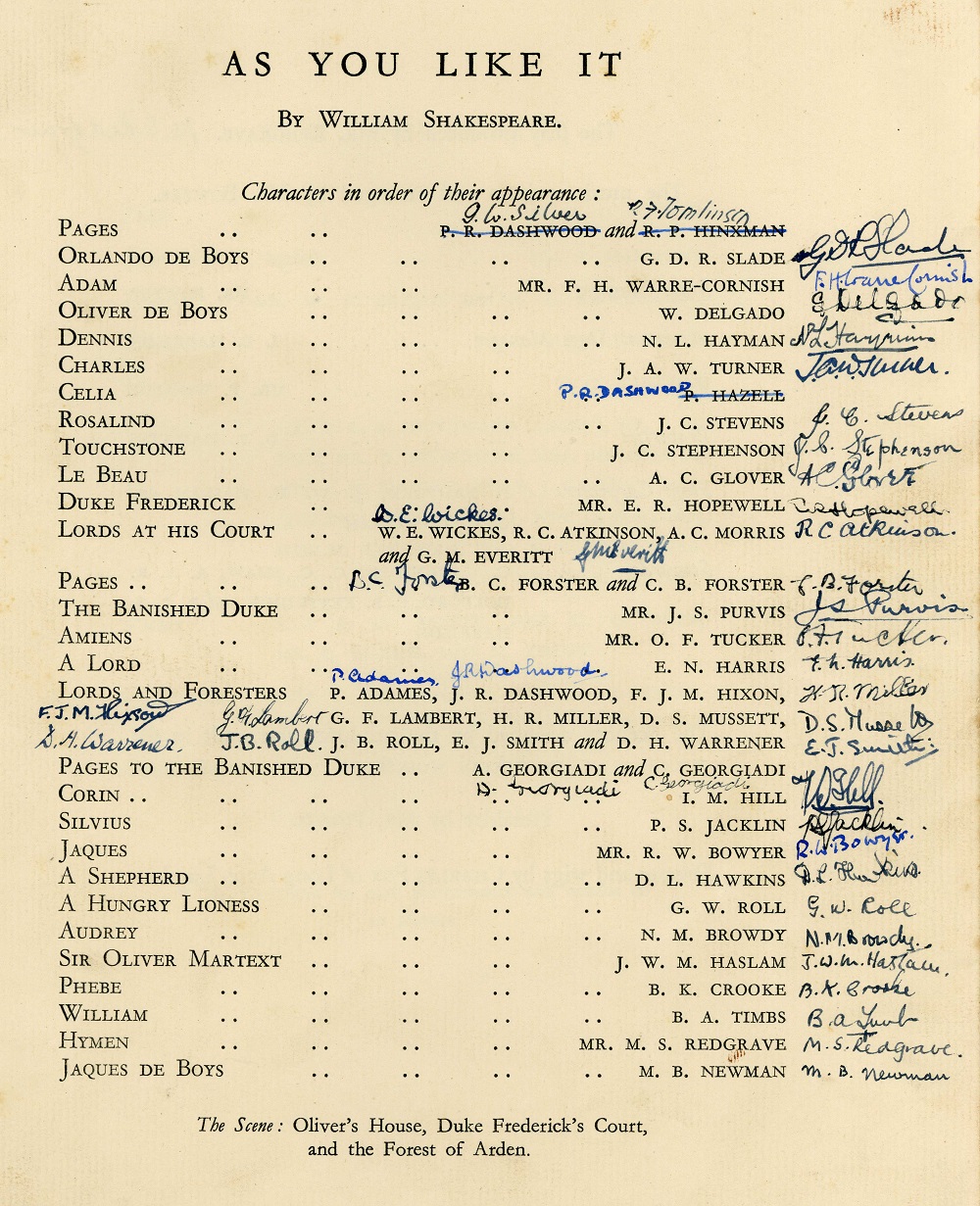 The impact made by Michael Redgrave at Cranleigh in general and its reputation for drama in particular has been well documented. In his eight terms at the School between 1932 and 1934 he was responsible for five major productions.  As You Like It, which was staged in July 1932, was his first. Such was his reputation that national newspapers carried reviews and tickets sold out in so fast that, invariably, extra shows had to be added.  “Drama assumed an importance never before known at Cranleigh,” wrote Alan Megahey in his History of Cranleigh School. “Boys were involved, as were masters, in acting and building, fetching costumes, being stage hands, creating the set; school routine was disrupted and new topics of conversations appeared.”  Redgrave himself took the lead roles, aided by other common-room thespians, with the boys’ participation limited to the less important parts.