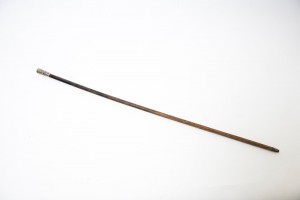 The Officers’ Training Corp (which subsequently became the CCF) was introduced in 1900 at the height of the Boer War. There had been an informal corps, which involved mainly endless drills, as early as 1873 but attempts to formalise it had always been rebuffed with the argument that Cranleigh was not a military school. The OTC instilled discipline as well as a sense of patriotism and also kept boys occupied and so prevented them from engaging in mischief.  The uniform was originally dark green with black facings but soon changed to khaki as a result of the lessons learned by the British in South Africa.  The OTC made its first public appearance in May 1900, marching through the village behind the school’s brass band to celebrate the relief of Mafeking.

By the time World War One broke out the OTC was compulsory for all those over 14 and the handful of boys who were appointed officers carried considerable authority within the School.  They were, until the 1920s, also armed with a swagger stick, a short staff which has its origins in Roman times when centurions carried them as an emblem of office.  The sticks had an ornamental metal head stamped with the Winchester Cross.